It once happened that the celestial beings who could not bear the torture and the destruction caused by the demons, prayed to Lord Siva, who made one crore Rudras emerge from His body to destroy the demons. The Rudras had a very striking feature – thick tangled locks of hair, wearing garland made of skulls and jewels with symbols of snakes, carrying a trident (Trishool), with four armed hands each carrying weapons such as bow, arrow, discus etc. They bowed before Lord Shiva awaiting His order. Lord Shiva directed the Rudras to kill the demons and evil creatures that disturb and terrorize sadhus and devas and protect the universe. And the Rudras obediently followed the strict orders issued by Lord Shiva and kept the demons at bay, protecting the universe.

It was then Lord Vishnu started churning the ocean to offer the panacea drink, “Amrudh”, to devas by excavating Mount Manthiragiri. From the plateau caused by the excavation, there emanated evil demons with grotesque shapes and figures with multiple heads, creating unimaginable horror and inflicting suffering to devas. This was brought to the notice of Lord Shiva. He then summoned the Rudras again and asked them to destroy the team of demons at once. However, the Rudras hesitated. When Lord Shiva enquired about the reason behind their reluctance to kill the demons, the Rudras stated that these demons were rife with malicious spirits now, but had once been carrying good spirits, and making intense penance thinking of Lord. They, thus, feared the sins that would accrue to them as a result of slaying the demons. Lord Shiva listened to the Rudras and comforted them saying they could atone their sins by praying Lord Vedagireeswarar, who was residing in Mother Earth.

The 1-Crore Rudras then slayed the demons as per Lord Shiva’s instruction and then came down to Earth to pay obeisance to Lord Vedagireeswarar. Rudras were extremely pleased by the ambience at the Lord’s temple and the appearance of the mountain – the sound of water-drops falling into the river from falls, plants that smelt like sandalwood, platforms that shone like pristine crystal. As the Rudras neared the temple, Lord Shiva transformed himself into 1-Crore Shivalingas so as to enable the Rudras individually atone their sins by performing poojas and other deed including reciting prayers, showering the linga with pure scented water and fragrant flowers. Lord Shiva immensely pleased with the prayers of the Rudras transformed himself and showed his real form to the Rudras by consuming all the one crore Shivalingas into his heart. The Rudras unanimously requested the Lord to grant them the boon of naming the land they worshipped Lord Shiva after them and hence the place was rightly named “Rudrakodi sthalam”. A temple was erected and was named after the Lord as “Rudrakoteeswarar” temple. The scared lake that was associated with the temple was called “Rudrakodi theertham”. The Goddess is called Pennilnallal (also known as Rudrakoteeswari).

An ancient poem, inscribed in the inner wall of the temple says, while Kasi (Benares), Thiruvarur, Chidambaram, Thiruvannamalai, Kanchi, Kalahasti and Madurai formed the body of Lord Siva the Koteeswarar Temple at Rudrakoti or Rudrankoil is His heart. According to Saiva Siddhanta, Rudra is the presiding deity of one of the five elements of Nature — Fire. Rudra is referred to in the Vedas, not as a sectarian deity, but as the Supreme Lord, who guides the Universe from one level of perfection to the higher one. Sri Rudram, which forms part of the Upanishads, speaks of the glory of Rudra and says that the Lord is always pleased with obeisance and it offers salutations to Him many times. Praying to Rudrakoteeswarar at this temple continuously during 16 Pradoshams, would rid one of ailments of the heart, hypertension, diabetes and also problems caused by planetary changes. The Vedas also speak about the presence of 11 Rudras and their consorts, 11 Rudranis. Of the 108 Sakthi Peetams, the 24 th is considered to be Rudrakoti's Sakthi. Devi Bhagavatham says that She adorns the Rudrani Peetam. It is believed that praying to Her at the temple on nine full moon days helps a devotee unite in wedlock, lead a happy family life and be free from all afflictions.

The Rudrakoteeswarar Temple, where the name of the Goddess is Rudrani, (also known as Abhirami Nayaki) has a five-tier Rajagopuram. The shrine of the Goddess is situated on the left side and She looks southwards through an opening on the temple wall towards the Kali Temple at Vattaparai (circular rock), situated at some distance. The temple also has shrines for Dakshinamurthi, Vinayaka and Subramania with His consorts, the Thevaram trio — Appar, Sundarar and Gnanasambandar — and also Manickavasagar. While in the Siva temples the image of Lingodhbavar is found on the western side of the sanctum sanctorum, here one can find the image of Mahavishnu with Varada Hastham. The Lingam is a swayambu — not sculpted by anyone.

The Saiva Agamas and the Rudrakshajabalopanishad say that the Rudraksha came from the eyes of Lord Siva and thus got that name. During the Tamil Calendar month of Aani, a holy wedding ceremony (Thirukalyanam) will be held between Lord Shiva and Goddess. This temple is famous for worshipping the Lord during the days of Prathosham (thirteenth day of every fortnight in Hindu Calendar). 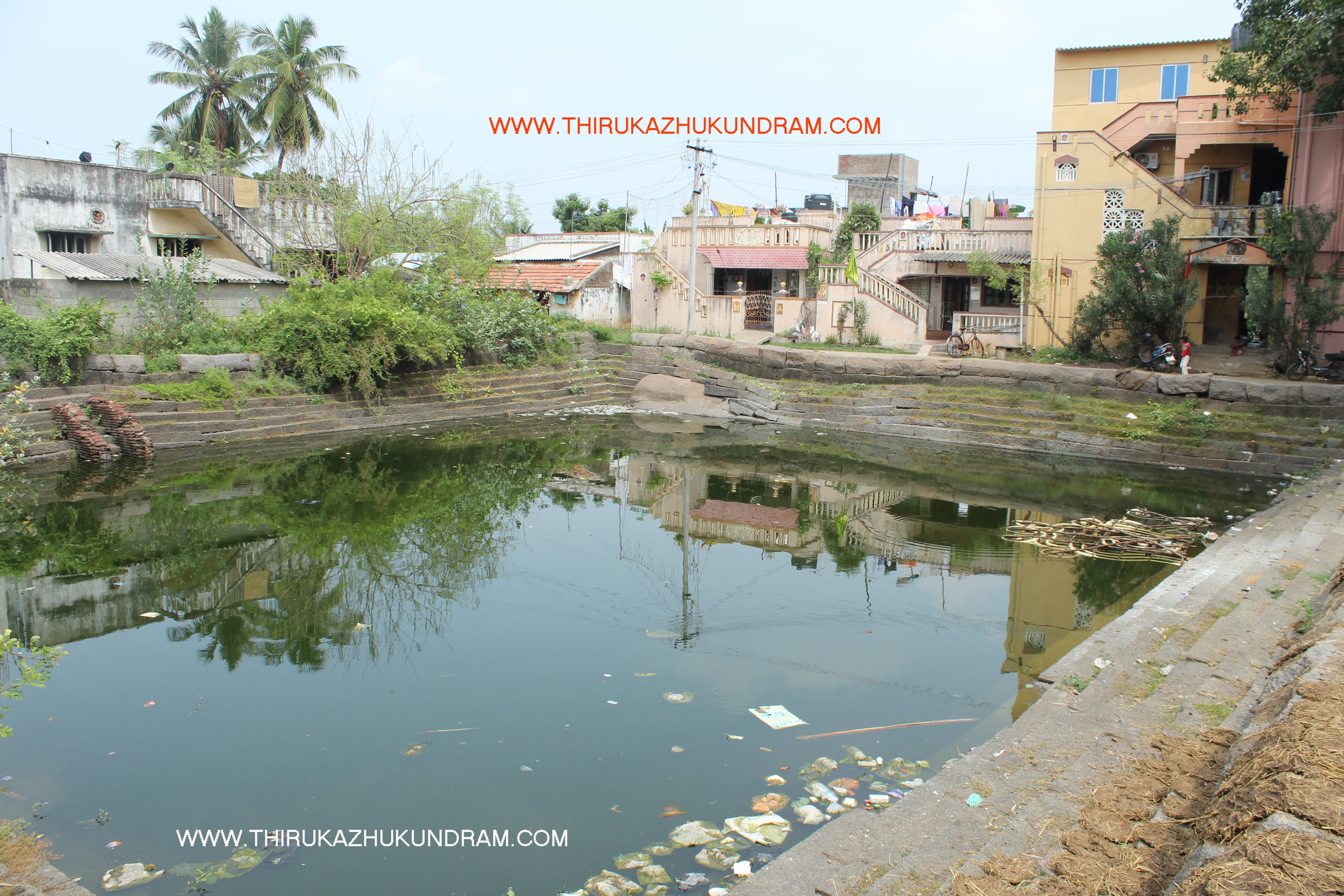